$2 Trillion Stimulus-Summary and how it may benefit you 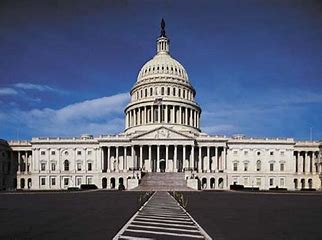 We are providing a quick summary of the provisions which are in the bill. Like all things in Washington…some of the rules and regulation as to how all this works may change. Be aware that the situation is rather fluid and we advise the reader to verify the program details independently and with their financial and legal advisors.

What is in the Bill?

The bill, now set for a U.S. House vote on The 27th, will provide $500 billion in loans and other assistance to big companies as well as besieged states and cities, and $350 billion in aid to small businesses.
And the legislation will provide direct payments to most Americans and significantly bolster unemployment insurance benefits.
Here are the details of the 883-page bill.

• About $500 billion will be dedicated to loans and assistance to companies affected by the virus, as well as state and local governments. The Treasury Department will be charged with administering the program.

• Any company receiving a government loan would be subject to a ban on stock buybacks through the term of the loan plus one additional year. The companies also would have to limit executive bonuses and take steps to protect workers. In addition, borrowers have to make a “good faith certification” that they will stay neutral in any union organizing effort over the term of the loan.

• The deal includes $17 billion in loans for companies deemed critical to national security, which is intended to assist Boeing Co. though the legislation doesn’t mention the company by name.

• Small businesses would receive more than $350 billion in aid, but they must agree to retain workers. Some business groups have already expressed concern about how long it will take for the businesses to get the money. This is an area that will deserve more attention to small businesses.

• Individuals are eligible for checks up to $1,200 and married couples filing jointly are eligible for checks up to $2,400, with an extra $500 for each child. The higher the income, the less money is received, with a cutoff for individuals earning more than $99,000 and couples with income above $198,000. We are looking at this and trying to understand exactly how you will qualify and if there is an application that needs to be submitted.

• Even people with no income and those on Social Security will receive payments.

• The U.S. Federal Reserve will be empowered to pump $4 trillion in direct aid to local governments and industries and local governments. Hope this works, since it is the feds printing money to give to another government entity.

• U.S. hospitals and other health-care providers, some of which are already under strain because of coronavirus outbreaks, will be provided $150 billion for equipment and supplies.

• To ensure transparency, the Treasury Department would have to disclose the terms of loans or other aid to companies. Wait and See how this plays out.

• The bill would provide $16 billion to replenish the nation’s stockpile of medical supplies and $3.5 billion to expand production and development of coronavirus-related vaccines and tests.

• Assistance given to companies will be monitored by a congressional panel and an inspector general who will work out of the Treasury Department but must be confirmed by the Senate.

• Democrats won language that would bar any business owned by President Donald Trump or his family from getting loans from Treasury. Businesses owned by members of Congress, heads of executive departments and Vice President Mike Pence also would be blocked. How about the assets of the other members of congress. Not fair as far as I am concerned.
.
• States get $400 million in election assistance for 2020 voting amid the coronavirus pandemic, allowing them to increase the ability to vote by mail, expand early voting and online registration. I am cautious about how this money will be spent.

• Scheduled cuts to Medicare and Medicaid will be rolled back, a step that would give providers billions more dollars in coming months, and extend until November federal programs such as community health centers that are working on the front lines of the outbreak.

• Unemployment insurance would be enhanced by $600 weekly for four months, something that drew objections from some Republican senators. Eligibility would be expanded to cover more workers.

• Student loan payments can be deferred for six months.

• Distillers that are using their facilities to produce hand sanitizer during the crisis could also qualify for a provision in the bill that eliminates the federal excise taxes they would normally owe. The Distilled Spirits Council pushed for the change.
For more articles like this, please visit us at bloomberg.com
©2020 Bloomberg L.P.

Lawmakers in Washington are making it easier for Americans struggling with the fallout from the coronavirus to draw on the trillions of dollars in their 401(k)s and other retirement accounts.
For a limited time, Americans would be able to withdraw money from tax-deferred accounts without penalties under a stimulus package approved by the Senate and awaiting a vote in the House. Rules on 401(k) loans would also be relaxed, and some retirees would avoid so-called required minimum distribution, or RMD, rules that might have been onerous. Who has any more money in their 401K? Hang in there, the market will come back, it is just a matter of time.
Read more: House faces urgency to act on Senate’s $2 trillion virus rescue bill- Congress should get off their butts and go back to work for the American people
Some of the changes mirror what’s been done for retirement savers after previous disasters. In general, though, the adjustments are “much more significant than what was done for the California wildfires or the hurricane in Houston,” said Gregg Levinson, senior director, retirement, at Willis Towers Watson.
That’s needed because “with Covid-19, we are in uncharted territory,” said Will Hansen, chief government affairs officer for the American Retirement Association. “With 3.3 million people filing for unemployment last week, I think we’ll see a lot more usage of these provisions.”

Loose Rules
One provision in the bill would let investors of any age take as much as $100,000 from retirement accounts this year without paying an early withdrawal penalty. They also could avoid taxes on the withdrawal if the money is put back in the account within three years. If it can’t be returned, taxes could be paid over three years.
The legislation requires that the money be a “coronavirus-related distribution,” but the rules are loose. People diagnosed with the virus are eligible, along with anyone who “experiences adverse financial consequences” as a result of the pandemic, including an inability to find work or child care. Retirement plan sponsors are told to rely on employees’ word that they’re eligible.
The bill also makes it easier to borrow money from 401(k) accounts, raising the limit to $100,000 from $50,000. The payment dates for any loans due the rest of 2020 would be extended for a year.

When retirees reach their early 70s, they’re required to start taking money out of tax-deferred accounts like 401(k)s and IRAs, and pay taxes on those distributions. The bill waives those rules in 2020.

Without the change, retirees’ required minimum distributions would be based on their account balances at the end of 2019, when the amounts were generally much higher than they are now. A similar one-year waiver was offered after the 2008 financial crisis.
Last Resort
U.S. individual retirement accounts, 401(k)s and other defined contribution plans held almost $20 trillion in assets at the end of 2019, according to the Investment Company Institute. Those totals almost certainly have dropped since then as global stock markets tumbled.
While tapping one’s 401(k) may be a necessity, Levinson said people should view it as a last resort. “Don’t mortgage your future if you have other options,” he said.
He thinks the $100,000 loan amount allowed is too high, and that people may jump at that number and later regret taking out that much.
Americans ages 25 to 55 pull about $69 billion per year from retirement accounts, according to a U.S. Government Accountability Office report issued last year.

The $2 trillion package was approved by the Senate late Wednesday and the House is scheduled to vote on Friday. President Donald Trump has said he would sign the bill into law immediately.

There are a number of rule changes and there are a number of new provisions that are coupled to the new Corona virus $2 trillion dollar relief package. While there are several government programs and agency prepared to help, we are providing this service as a direction finder for our values clients. Please call us if we can be of assistance. And, be sure to check out our blog which introduces consulting services for tenants. Regardless of your needs, if it simply to help you navigate through the process or to help you renegotiate your lease, or help with you repositioning or dispositioning, Our purpose is to not only help you survive but to thrive as we work though this crisis together. Refer to our next blog…SBA Loans and its impact on Small Business