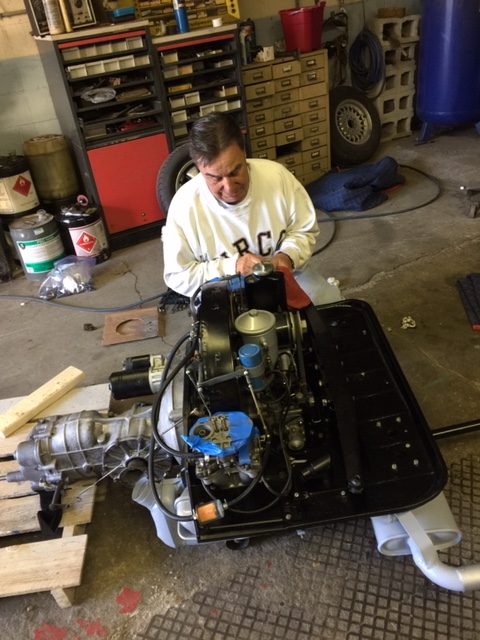 In-Sites – News & Views
A commentary From the Desk of P. David Perry An Independent perspective
– Peter David Perry email Peter.perry@sperrycga.com
Untaught Lessons
It seems that when we face a challenge…The most important thing we try to understand and need to know are those things which cannot be taught. My father only had three years of formal education. It began at the early age of five after his father died in a Pennsylvania coal mine. He may not have been educated but he certainly had wisdom. He did not travel to shores afar, but he was worldly. He never had a plan but knew where we wanted to go. He may never have thought about his purpose, but he knew who he was and what he wanted to become. I have often thought about how one goes about acquiring wisdom. Then I think of my Father. He faced many adversities in his 96 years on this earth. He faced them head on and through those experiences he acquired wisdom. Not certain how it works for others, but I do know that my dad persevered even when the odds were against him. He did not win all the battles but through strength of both body and strong will, he faced challenges head on and won the important battles. He understood that he needed to be responsible for… the wellbeing of his family. He was kind and gentle but he never backed down from a fight and always had a purpose. When he lost his job he discovered ways to create income. He won because he believed in himself and believed he could succeed. There were occasions that he became wiser when he did not win, and he shared those lessons with his children.
We never know what the unexpected will bring. I have often written about the forces of change and how outside factors can influence our lives. Regarding real estate, it is often said that real estate is local but in just a few short days, we learned that real estate could also be global. Real estate is influenced by many forces and events. Today we see that the virus has affected all real estate markets. Just a few weeks ago we had a seller’s market which have quickly become a buyer’s market. Regional, national and global events can influence all real estate markets. While we may never have anticipated the Corona Virus and its magnitude and reach, we now understand that it must be beaten and can only be beaten through the belief that it can be beaten. The effect has devastated not just commercial real estate but many industries and businesses large and small. Just when we thought that the economy and the stock market was on a non- stop path towards attaining new levels of prosperity, the unexpected occurred and they quickly collapsed.
The Corona Virus has clearly changed all real estate markets not just in the U.S. but Internationally. Economic conditions for businesses big and small are suffering the effects. We are fighting this war on two battle fronts. The prevention and spread of this disease and the restoration of our economy and the bringing back to normalcy in the way we live our lives. The cure of social distancing and self-isolation has had devastating consequence for the economy and the wealth of our nation, collectively and individually. The cure is a tough pill to swallow. But we will prevail and win both.
Untaught Lessons
Page 2

We have often heard the saying, “the cure is worse than the disease” but we must accept the sacrifices as we travel along the pathway to victory. The cure has affected literally all business activities and has affected each and every one of us. Government at all levels are fighting this war and most Americans are asked to self-isolate to prevent the spread of this disease.
But we must remain positive. We are addressing this head on as Americans always have. Americans have always met adversity head on. Americans have always met the difficult challenges head on, and have overcome adversity both in war and in peace.
One great example that we prevailed occurred many years ago when President Franklin D. Roosevelt made a decision that would save many thousands of lives: He founded the National Foundation of Infantile Paralysis. It was a landmark event in American history. Never before had citizens banded together to conquer a disease that was claiming so many of the nation’s children. This disease had crippled Roosevelt himself eighteen years earlier.
Polio was a fight that lasted nearly twenty years, but the people won! Mothers marched from door to door and fathers took up collections at work. But the backbone of the Polio cure was dimes. It was when the performer Eddie Cantor hit upon the name, “The March of Dimes”. On the radio within days the White House was deluged with mail containing dimes-over $200,000 worth.
The March of Dimes money provided vital money for treatment, but the goal was always to find a cure. Money from the March of Dimes enabled a young virologist, Dr. Jonas Salk, to conduct research, and in the mid 1950s, Dr Salk perfected a vaccine which ended the scourge of polio epidemics. To the men and women throughout the country, a dime can represent -just as it did many years ago-a spirit of hope, dreams, and a triumphant pathway to a safe and speedy cure.
For me personally, I am using the time to continue to be productive. Spending more time with the family is a good thing and communication with my friends and clients is a good thing. Working on my business plan and conducting research for my clients. Staying positive and following the advice of those that are wiser than me. Trying to understand what is truthful and what is fiction can sometimes be a challenge in itself, so I check and double check before I form an opinion and before I choose a path to follow.
Finally, I think of the advice my father would have provided me in facing this crisis. He certainly was no scientist or mathematician and certainly not trained in immunology or economics, but I do think he would have given me some sound advice to deal with this unexpected challenge. The following might be some of the advice found in his battle plan:
• Look at the positive things that you have, and be thankful
• Believe in yourself, be confident and know that we will succeed.
• Know that we will defeat this disease and things will return to normal
• Look for ways in which you can help your family, friends and neighbors
• Support your neighboring businesses when you can

As a matter of fact, now that I think about it, these are some wise lessons to follow at all times even when things are going well and we are not faced with adversity.
Peter Perry